We put our knowledge of navigation and  radio operation skills to good use today. We headed out to the woods at 0400H for an early morning LandNav after getting our coordinates and ETA at the rally point. Along the way, there were checkpoints that we were supposed to find and radioed to the base. We did find everything, except the rally point. 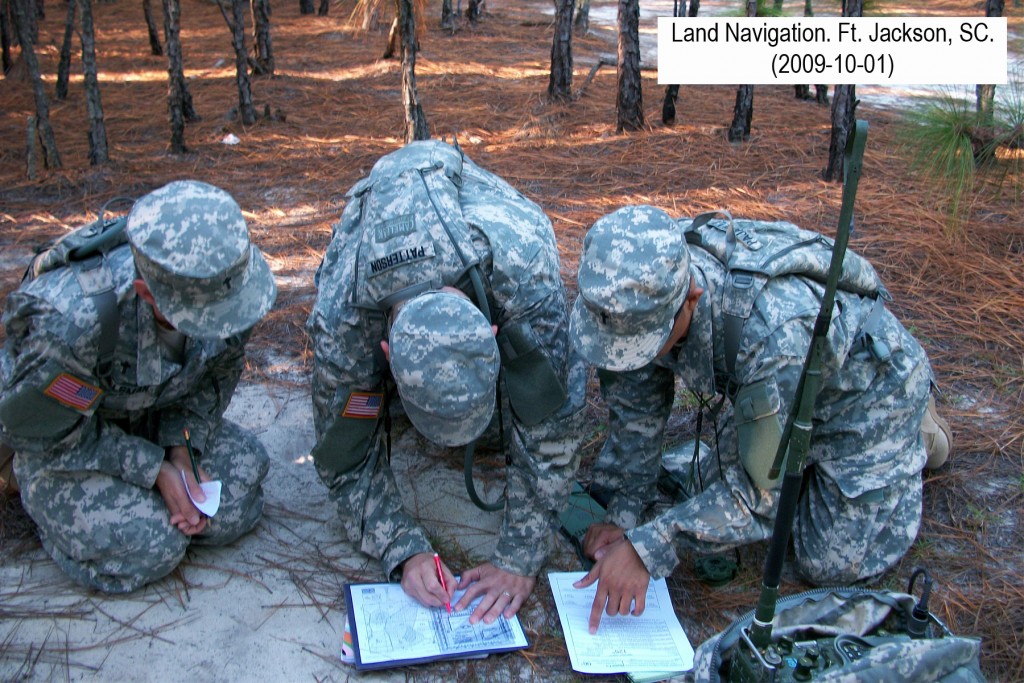 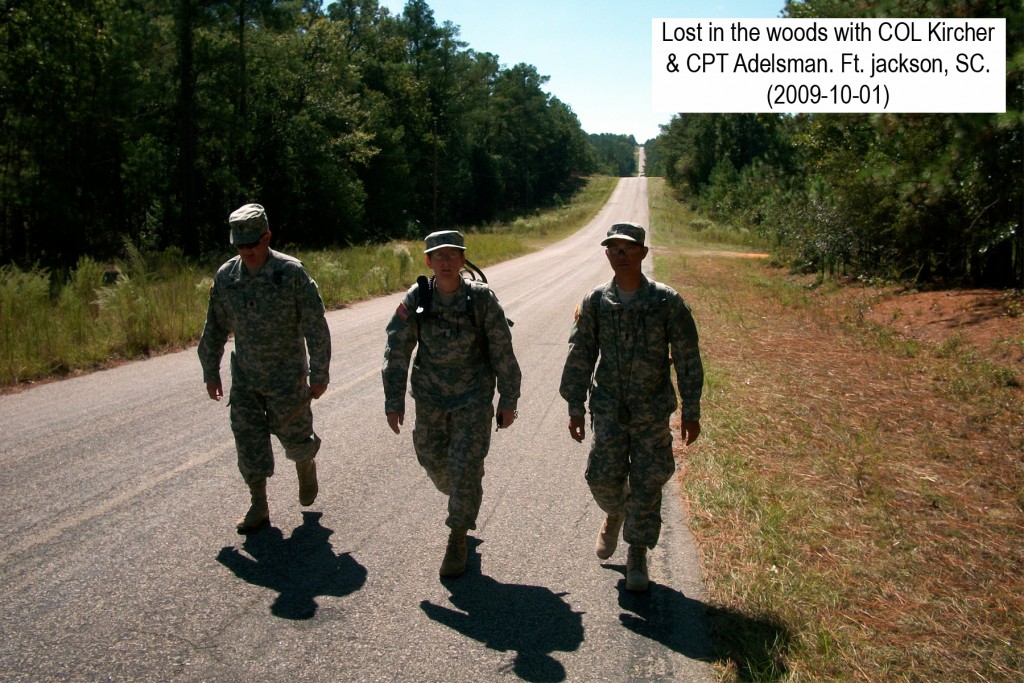 Lost in the Woods

Today we learned land navigation using a compass, a military map, and a protractor (GPS were verboten)! We practiced map reading in the classroom, then went out on the fields in front of the school house to count our paces (how many paces an individual makes in 100 meters distance) to aid us with our land navigation, especially when we have no electronics (such as a laser distance counter) to rely on. 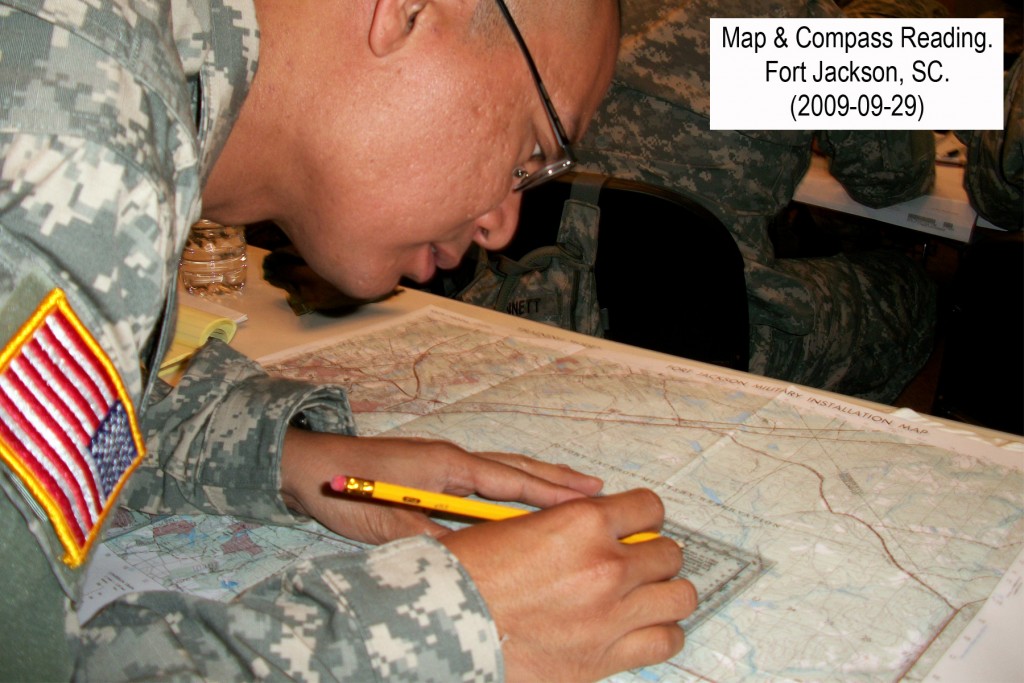 PMCS stands for “Preventive Maintenance Checks and Services” which are done before, during, and after any type of movement of a military vehicle or equipment. The NCO’s brought the vehicles to the parking lot and showed us how basic checks are performed. 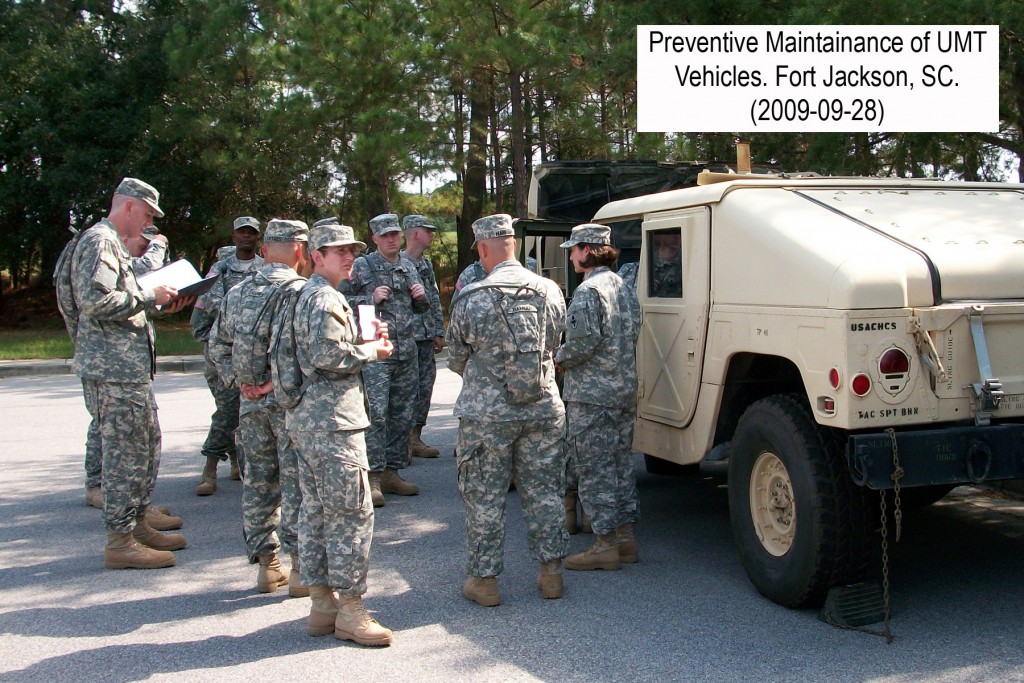 We formed up in front of the school house at 0500H for an ealy movement to the range. Today’s adventure is conquering the “Victory Tower” by climbing up using the rope ladders and rappelling down. The NCO’s did a fantastic job helping and educating us during this course. It is to simplistic to say I’ve enjoyed it. So far this has been my favorite part of all the practical instructions. 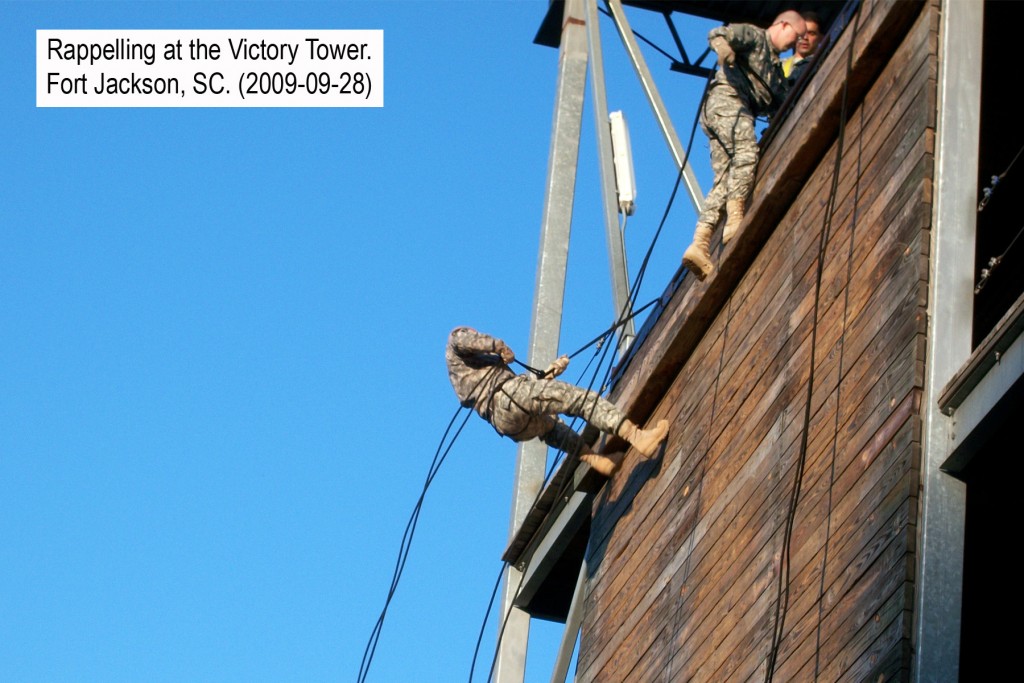 Today we learned first aid. A group of NCO’s from a medical unit came to the school house with their gear and mannequins to show us basic life-saving techniques in and out of the battlefield. They also showed us how, in extreme necessity or lack of basic equipment, our uniforms can be used as life-saver! 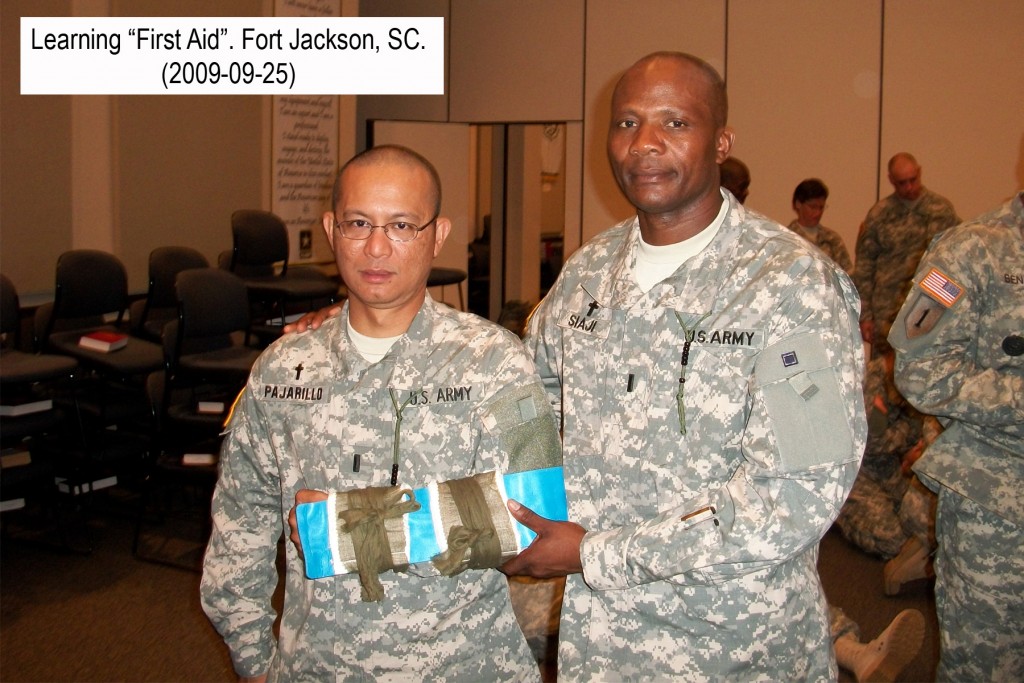 Today’s exciting adventure is the unforgettable visit to the gas chamber this morning. The event started with a briefing in front of the chamber – where we were regaled by the NCO’s with horror stories of casualties and survivors who barely made it. Then they called those with asthma and placed them in front of the line (that included me – actually I was at the very head of the line)! We put our mask on, then were told to enter. I noticed right away that the NCO stirring the pot of chemicals was enjoying himself. It did not bade well for us. Once everyone got in, we were told to loosen up our masks. One NCO approached me and asked me to recite my social security number. That was the last thing I remember… 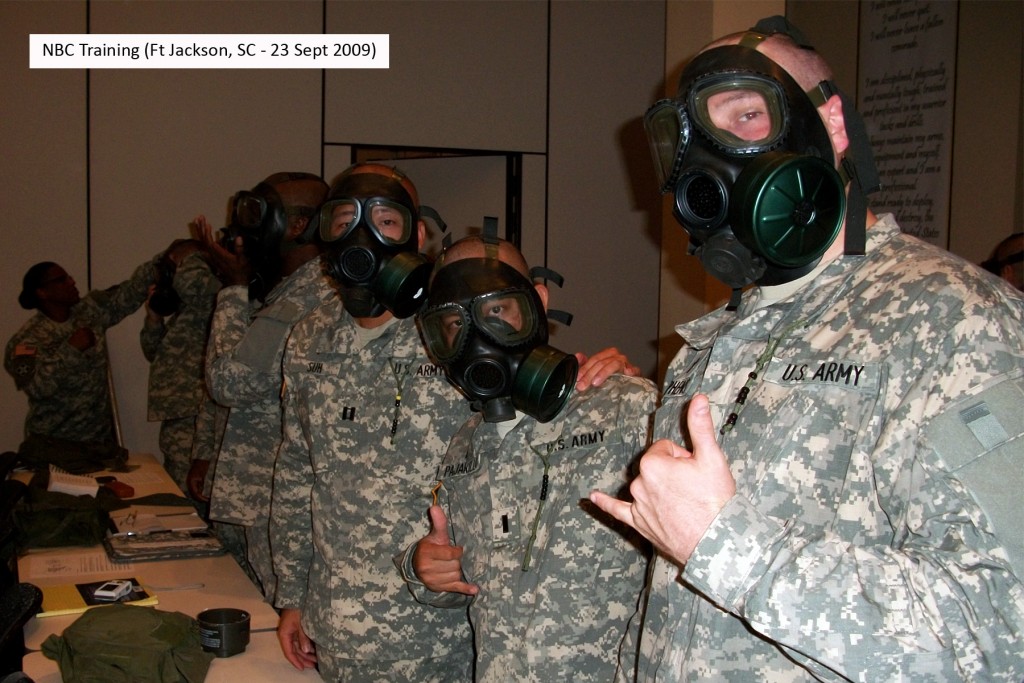 We woke up early today and were bused to one of the ranges for what they call “Team Development.” It is basically an obstacle course, but instead of working the course as individuals, we were taught to put our heads and strategies together as a platoon to overcome the obstacles. 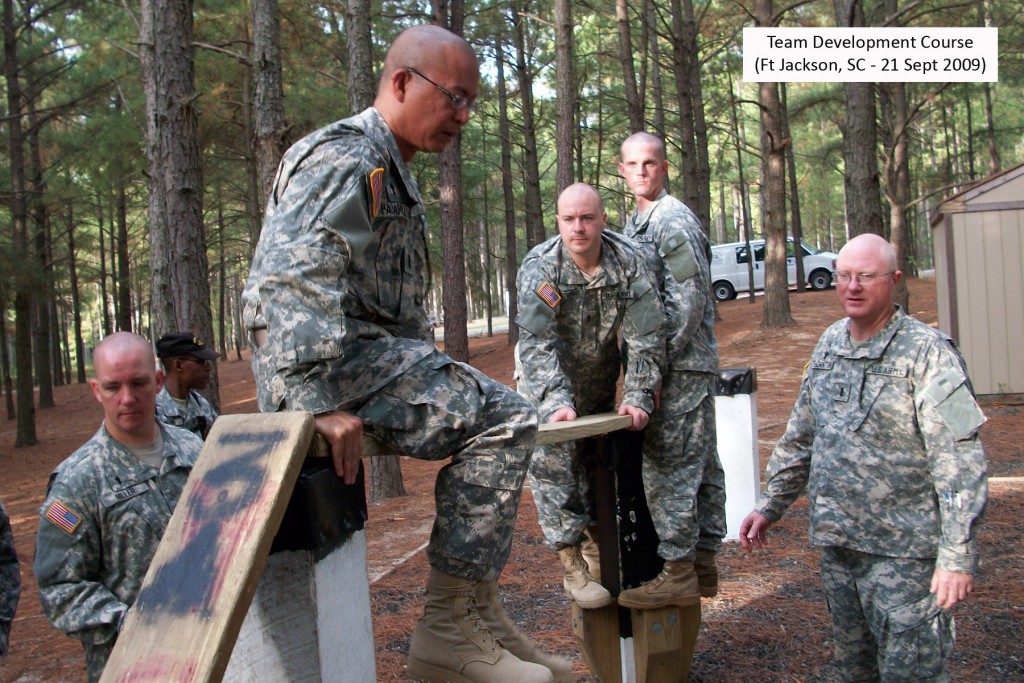 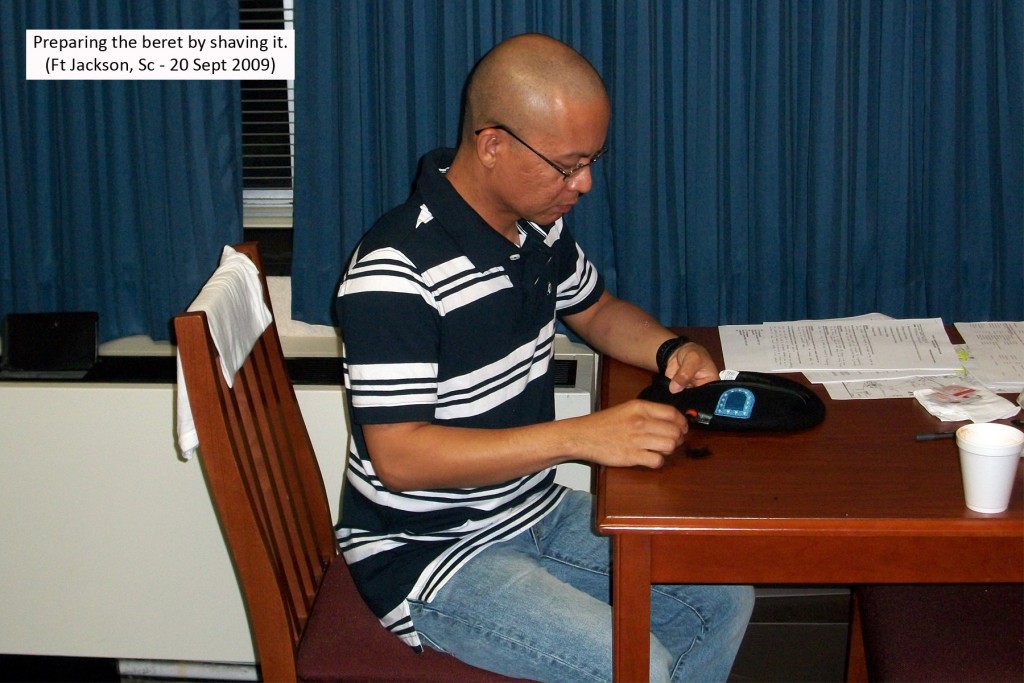 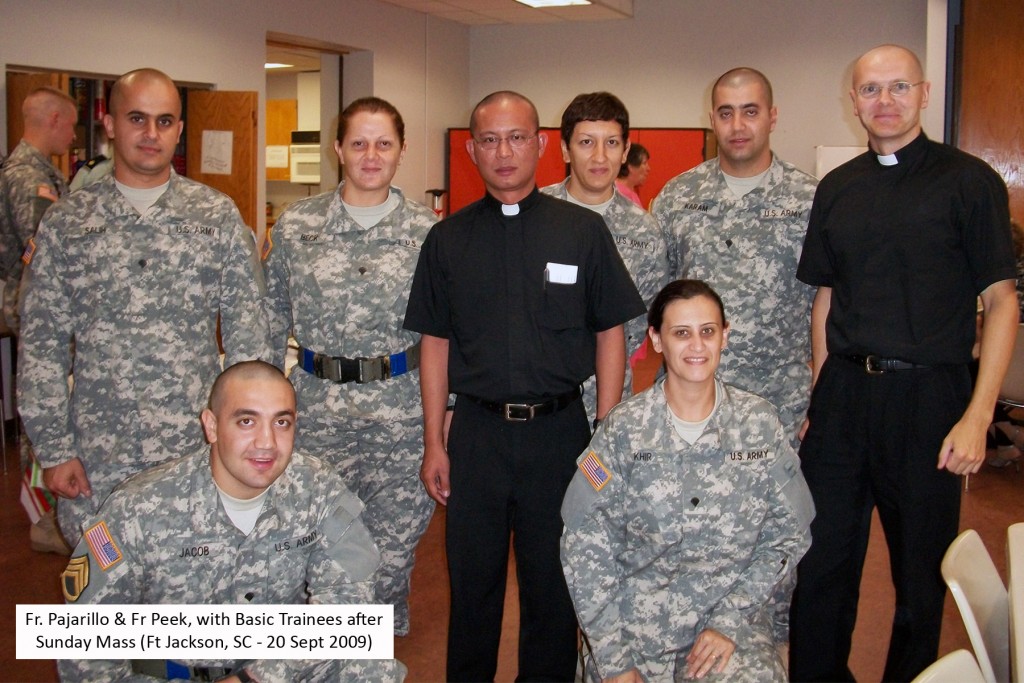 Many of us were direct commissioned from civilian life and had no idea of military courtesy, tradition, or marching. The NCO’s from the cadre were very patient with us as they instruct us with songs/cadences, marches, and the proper way to salute. 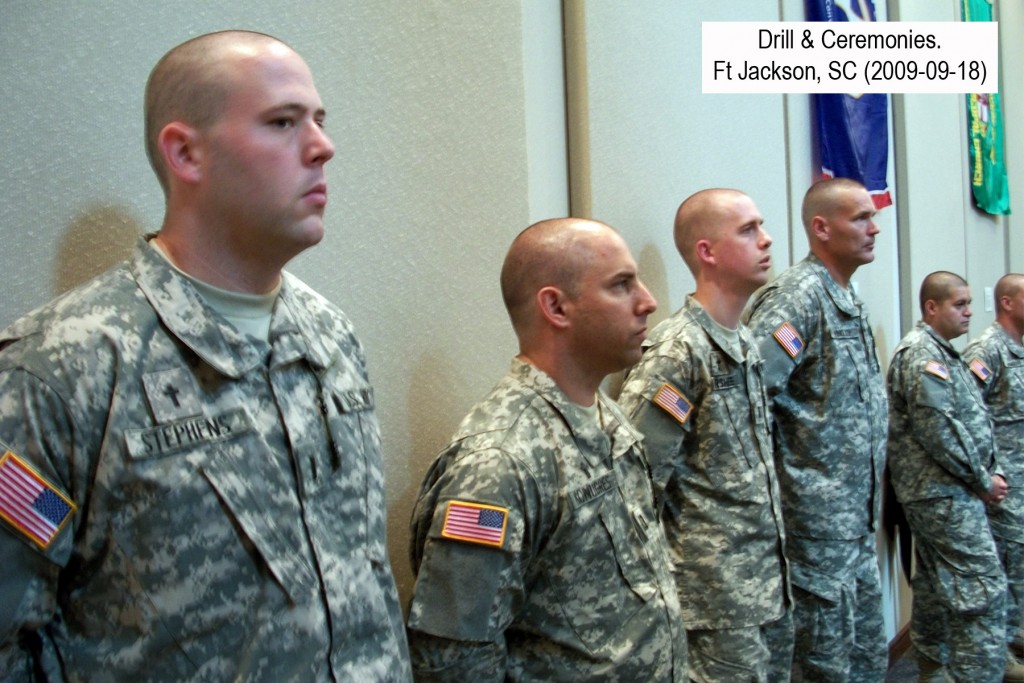