The Catholic garrison chaplain normally celebrates four Masses every weekend (one on Saturday and three on Sundays), in addition to his other pastoral duties that normally can’t wait until later. The Catholic chaplain is stretched out thin. The Catholic priests-students at the school house knew this, so they always make an effort to help him whenever their own time and circumstances permit them.

Today, I feel specially blessed because I had an opportunity to join four of my priest-brothers at a concelebrated Mass for the basic trainees at the main auditorium. There were about 2,000 Catholic soldiers in that auditorium who were able to assist at Holy Mass. 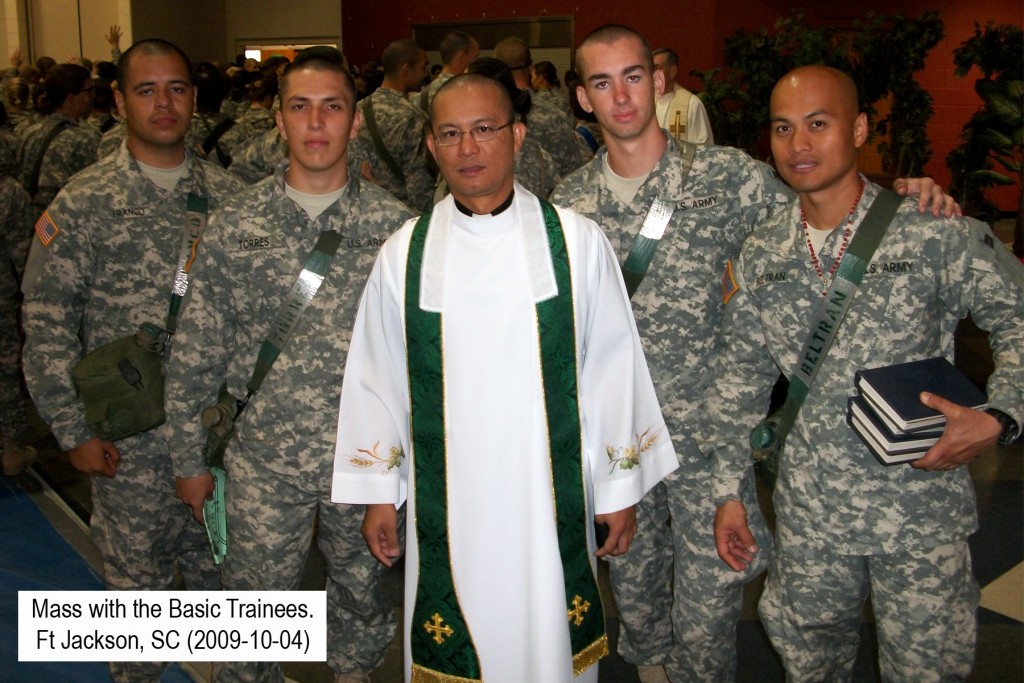