Applying as a chaplain in the US Army is a very laborious work and entailed a lot of paperwork, too. I’ve have submitted all the requirements but it will take maybe a year or so (from December 2007) for the application to be approved.

I flew in to New Jersey yesterday for today’s event which was MEPS (Military Entrance Processing Service) and an interview with a senior chaplain (a full-bird Colonel and Rabbi).

The USAREC put me up at Crown Plaza, where an entire floor was reserved just for applicants (the basic recruits share a room, the officers have their own room). There I met two other Roman Catholic priests (a Filipino and a Nigerian) who were also applying for direct commission as army chaplains.

We were roused from our sleep at 0300H, got bused to Fort Dix at 0400H, and started the whole MEPS process at 0500H. The MEPS process involved various paper-based and computer-based tests, as well as blood draws, urine sampling, agility exercises, and physical examination by a military/contracted physician. I was done by 1100H. With my recruiting NCO, we waited until the other two priests were done, and headed off to lunch.

At 1300H, all four of us (three priests and the NCO) headed off to the main post chapel to meet the garrison chaplain. He gave me a tour of the chapel area and introduced me to his staff. In the chapel, we met one of his assistants (another Jewish person) who upon knowing that I was a Roman Catholic priest, jokingly said that the “Blessed Mother assaulted [him] for locking her up in the closet” (it turned out, he was taking something from the closet and a statue of the BVM fell over on him)! They were a hilarious bunch and I believe they liked the jobs they were doing in the army and were having a lot of fun working with each other and with their army congregation. It was a heartwarming experience to see the UMT working together and liking each other! 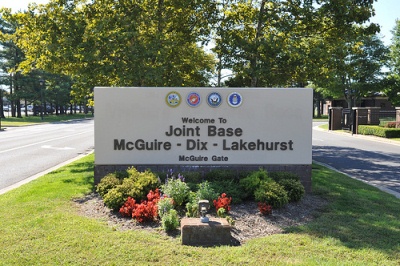